Real heads have known since the passing of Alberta’s anti-union bills 9 (lifting bans on replacement workers and more oversight over bargaining) and 21 (which delayed wage arbitration for public sector unions) that something like Bill 32 was coming.

Both those bills may seem like distant memories now, in the midst of a pandemic and political upheaval rocking the world. And COVID-19 has derailed the best laid plans by the most organized unions to fight back against the government and demonstrate their power but it has not derailed the ideological policy assaults generated by the UCP government.

The slew of bills and policy launched in the last two weeks alone is enough to make someone’s head explode, from allowing sandhill crane hunting to clearing the path for privatizing healthcare to opening Alberta’s municipal elections to grey money.

But Bill 32 is the UCP’s absolute masterstroke of ideology. If Bill 21 was Revolver and Bill 1 (protecting “critical infrastructure” from protests) was Rubber Soul, Bill 32 is their Sgt. Peppers Lonely Hearts Club Band. It really does play like a greatest hits from American right to work states, from putting impositions on where you can picket to assertions that union members would have to opt in to have their dues go to political activities. What even constitutes a political activity? Who knows?

Regardless, this fucking rules, man.

Bill 32 is not a threat. It is an opportunity. An opportunity to lay bare the contempt our current administration has for workers, and demonstrate completely the absolute lack of power our reactionary governments actually have.

Upon Bill 32’s announcement, the usual kvetching, hand wringing, complaining, moralizing, and outrage was immediate. Anger, shock, disappointment, I never thought they would stoop this low. As if any of this was surprising. As if any of it wasn’t already laid out by precedent, rhetoric, and just reading the room.

The outrage is what gets the likes but it betrays a very specific energy that the power brokers, big names, and big personalities within Alberta’s loosely organized left often exemplify, and something that needs to be shaken off: That workers are perpetually victims. That workers are perpetually under attack, and on the back foot. This frame, of workers as prey, is unhealthy, and not a particularly good one as far as organized resistance goes. 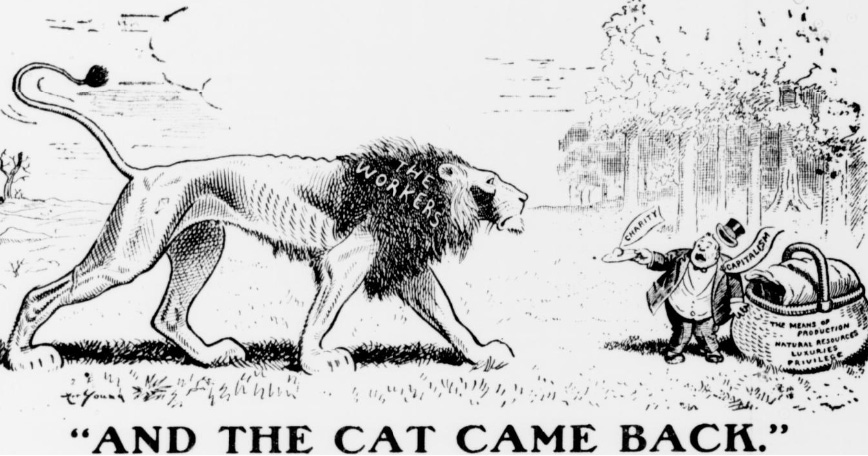 On its face, I guess this paradigm is true. Workers are perpetually under threat. Workers have always been at risk, and under attack from the forces of capitalism, the boss, and more often than not, the state.

But here’s the thing: Workers aren’t victims. They’re warriors. The victimization framework strips them of agency and obfuscates the capacity of workers to articulate their own power. It’s not healthy, it makes workers think they should always be reactive, not planning to take on power months or years before power rears its head in their directions. Workers are not meek, defenceless animals. They are unwilling soldiers conscripted into a struggle against exploitation.

Reactionary governments have picked up on this, framing healthcare workers as frontline warriors in the trenches against COVID-19 as a justification for the risk they’re being put at from a lack of personal protective equipment and other supports.

Why can’t unions frame workers as frontline warriors in the struggle against their own exploitation? It’s the same ethos, only one is designed to make their lives better and doesn’t obfuscate the harm they’re being put in.

Labour was born out of a struggle against interests that seek to alienate workers from their power, and it’s been at war with those interests for its entire existence. And after some victories and a whole lot of compromises, labour saw itself not as an insurgent force asserting its own power in capitalism, but as an inevitable equal within the capitalist structure. Starting in the late 70’s, this came home to bite labour in the ass real bad.

It took the potential for absolute devastation, good organizing, good luck, and a lot of good people for Alberta labour specifically to bounce back the way it did, and it’s still not where it was at. As those good people get older, the lessons communicated from one guard to the next have to follow the tradition of combative, militant labour of the 1920’s, not the compromised vision that our governments would have us adopt instead.

And there’s going to be no better way of following that tradition, of no compromise approaches to power embodied historically by labour struggles of the Industrial Workers of the World (which fought for and won, among a host of other things, the eight hour workday), the International Longshore & Warehouse Union (which broke racial barriers in collective struggle and won massive unprecedented labour concessions without violence), and others, than saying “Our members will ensure Bill 32 is not, and never will be effective.”

Not, “we’re going to fight this unprecedented attack on our members that strips them of their constitutional rights.” Governments have shown time and again whose side they are on. No amount of gotchas, articulations of their hypocrisy, and measly moralizing will change that.

Only an absolute assertion of who really runs this world will.

In a war that’s been waged against them for this long, Bill 32 is just another tactic workers can dismantle, struggle against, and overcome. Workers have all the power. They must exercise it.

We even have a ton of local precedent.

So spare the outrage, the victimization, the hand-wringing. Bill 32 was inevitable, and unsurprising. Bill 32 can also be, with effective, focused action, meaningless.

All the anti-labour bills passed before Bill 32 were largely technocratic in nature, a shift in how power is negotiated behind the scenes. Bill 32, more than any of the others that have been passed, has a hard impact on workers assertions of their rights - rights that have never been meaningfully stripped away before in this province. The UCP has overplayed its hand, and now is the time to remind them of it.

Bill 32 won’t pass a constitutional challenge. I’ll bet on it. I’ll bet the notwithstanding clause can’t be applied to it, and I’ll bet that in five years, it won’t be in effect for those reasons.

Beyond any of that, I’ll bet that this bill will never be respected. It’ll lose on the streets before it loses in court. It’ll lose to the people, marching en masse, mobilizing outside workplaces, and standing before their employers homes and offices by the hundreds or thousands, looking down the UCP’s proverbial faces saying “Come get us, fuckers, I dare you.”

The opportunity is there if it can be seized. Not fought for - fighting implies a potential for loss, a potential for resolution through compromise and armistice. Workers have the numbers and the power.

Leave the fighting to the courts, and the struggle to the streets. But most importantly, leave the martyrdom to the historians. Now is not the time to cast workers in the role of victims under attack, but to illuminate the power they’ve had this whole time. Good organizing makes any law meaningless, makes any government a paper tiger. This is not an idea, it is a fact.

With good organizing and forethought, workers will not lose.