AIMCo is the crown corporation responsible for managing Alberta’s pension funds and various government funds like the Alberta Heritage Fund.

“AIMCo holding Russian assets is quite concerning. Institutions like AIMCo should have a plan to divest here,” Greg Meeker, former board chair of the ATRF and a frequent commentator on pensions in Alberta, told the Progress Report

AIMCo owns 500,000 shares of the Russian fund, which according to its profile “seeks to replicate as closely as possible, before fees and expenses, the price and yield performance of the MVIS Russia Index, which includes publicly traded companies that are incorporated in Russia or that are incorporated outside of Russia but has at least 50% of their revenues/related assets in Russia.”

The fund’s three largest holdings are Gazprom, Sberbank and Lukoil. The fund also has holdings in Tatneft, a Russian based oil and gas company with holdings in Syria, as well as Evraz, a steelmaking company that is manufacturing most of the pipe for the TransMountain pipeline expansion.

It’s unknown whether AIMCo has further Russian holdings as AIMCo does not proactively disclose their holdings and their private equity partners unlike the Canadian Pension Plan. 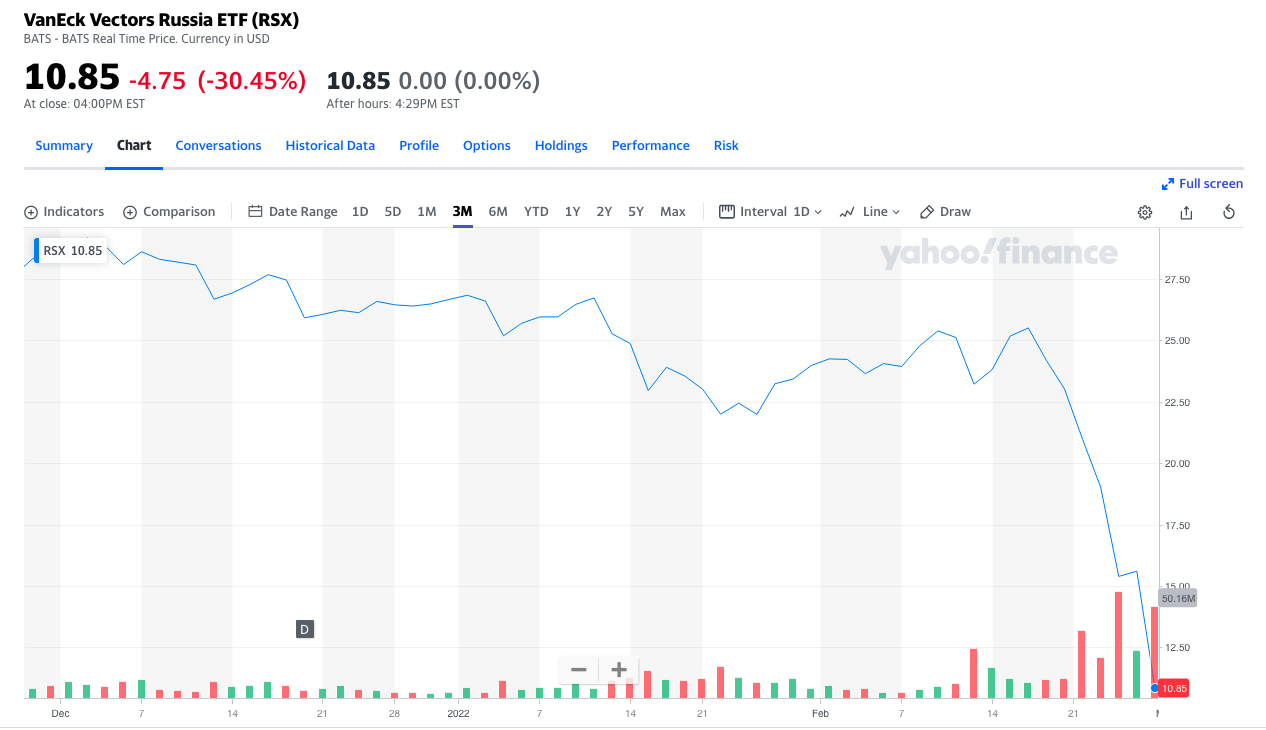 This stock chart of VanEck Vectors Russia ETF shows the price of the ETC for the past 3 months. Via Yahoo Finance.

UPDATE: AIMCo CEO Evan Siddall has announced on social media that AIMCo will be divesting from its Russian holdings. The announcement came an hour after the Progress Report published this story.