Clown show: What Edmonton's extremely-well-funded police force got up to in one week

Sometimes you just have to take a minute to marvel at what the Edmonton Police Service (EPS) gets up to. In just one week we saw the Alberta Serious Incident Response Team (ASIRT) release a report on a truly clownish negligent discharge of a firearm by a member of the EPS responsible for training other Edmonton police officers on how to safely use their guns. Then six cop cars managed to get into a massive traffic accident while in Calgary as part of an unofficial procession in a funeral for a Calgary police officer. Then it was revealed that a senior spokesperson and media relations professional for the EPS is a conspiracy theorist who called the pandemic the "#Scamdemic" and labelled Jason Kenney and Dr. Deena Hinshaw as “puppets for the globalists,” after public health restriction were extended. 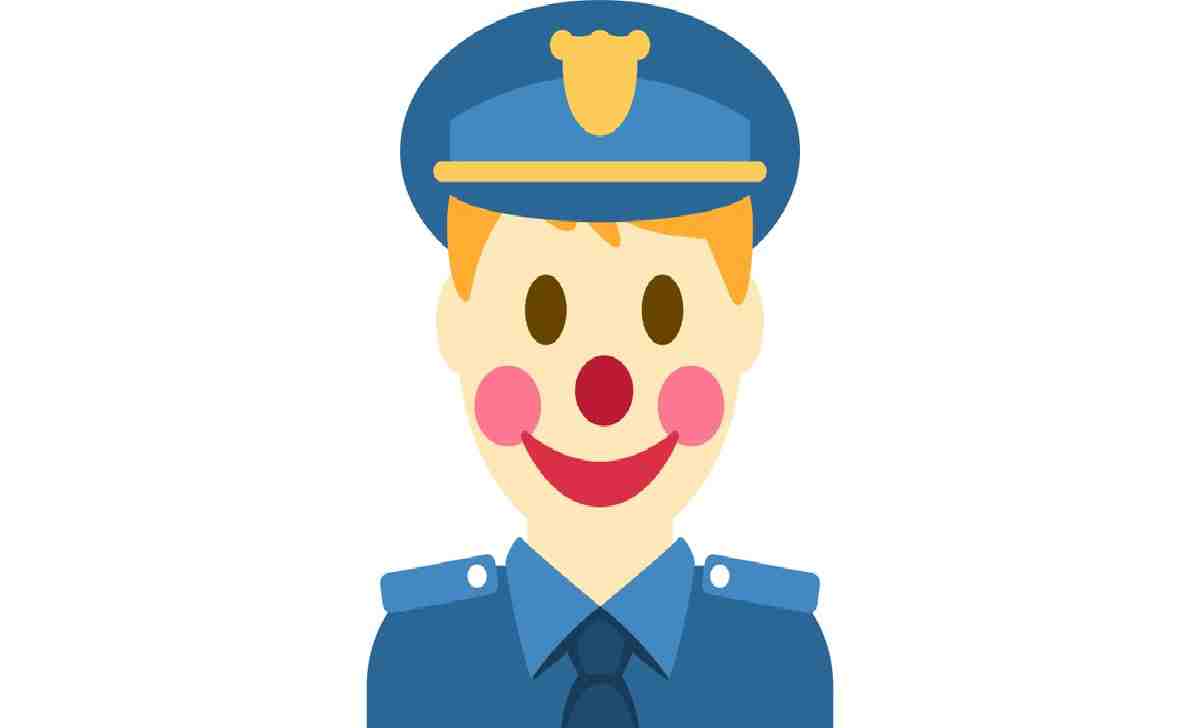 The ASIRT report is embarrassing. Back in June 2019 the people who train Edmonton police officers on how to safely use their guns were wrapping up their day, relaxing, throwing a tennis ball around and bouncing lasers from their training pistols off of mirrors and onto each other. As the report states, an officer popped up from behind a desk, hit their colleague playfully with their laser and popped back down behind the desk. In response the unnamed Edmonton police officer raised a real gun and pulled the trigger, shooting a live round at one of their colleagues.

“Remarkably, the discharge of the firearm resulted in no injury to any of the many officers in the bullpen at the time… That no one was injured or killed was nothing short of exceptional good fortune,” said the report.”

“If anything, a police officer, and in particular an officer who is a member of the Firearms Training Section, would be held to a higher standard regarding the safe handling of firearms. It is not unreasonable to expect that a firearms training officer’s conduct would model the high level of safety required for the handling and use of all weapons, including firearms,” said the report.

The unnamed officer declined to provide evidence or a statement to investigators. According to the EPS this officer has been reassigned to a non-patrol, non-trainer position. The internal disciplinary investigation into this officer has begun but the officer still hasn’t been named even after we asked. If this matter eventually gets to a discipline hearing the public will, eventually, get to know the name of the officer who nearly put a bullet in a colleague while playing hide-and-seek.

ASIRT recommended to the Alberta Crown Prosecutor Service (ACPS) that there were reasonable grounds to believe an offence had been committed. Incredibly the prosecutor's office declined to pursue any charges. While they too believed that there was a reasonable likelihood of conviction they decided that “it was not in the public interest to proceed with a criminal prosecution.”

What particular public interest was served by not pursuing charges against this officer was not made clear as the ACPS did not respond to questions or issue a statement, though ASIRT does seem to have some knowledge of ACPS’ decision process there are no actual statements or quotes from the ACPS in their report. Follow up inquiries to ASIRT about the identity of the officer and the nature of what the ACPS meant were also not answered.

“I can not remember a case where the APCS resorted to the public interest criteria,” said Tom Engel chair of Alberta’s Criminal Trial Lawyers’ Association’s policing committee.

“It’s an outrageous example of at least negligence. Just another case of a double standard being applied by the APCS.”

It’s pretty easy to get away with dangerous bumbling as an Alberta cop, though. Media reports on this incident essentially just wrote up the press release issued by ASIRT and failed to make inquiries as to the officer’s name or even prominently mention the fact that the unnamed officer was responsible for training officers in the safe use of firearms.

And then just days after we learned of the officer goofing off with guns, we got a story of bumper cars. Over the weekend six Edmonton police cruisers collided with each other near Calgary police headquarters. The officers were there as part of an unofficial procession that was taking part in a service to memorialize Sgt. Andrew Harnett, a Calgary police officer who recently died while on the job.

“In total there were 12 police members in the vehicles involved, a driver and front passenger in each vehicle,” said Edmonton police spokesperson Carolin Maran in an email to Postmedia. “One police member reported a minor, non-life-threatening injury. No other injuries were reported, and EMS did not attend.”

Of the six vehicles involved only one vehicle escaped unscathed and undamaged and the police have not determined how much it will cost to fix the vehicles.

The six vehicles were one behind another when the crash occurred. The cause of the crash is still not clear and under investigation by the Edmonton police. According to police spokesperson Carolin Maran once that investigation is concluded any disciplinary procedures, if they were to proceed, would occur.

According to Maran some of the EPS officers involved in the accident were on duty for a regularly scheduled shift. “Others attended on their own time and are permitted to take a ‘time-balance’ day off in lieu.”

As if the horsing-around with guns and cars wasn’t embarrassing enough, the EPS media relations person who answered some of the questions for this very story, a person named Patrycja Mokrzan, was found by the Edmonton Journal to be a conspiracy theorist and anti-masker. She would go into businesses and demand to be served without a mask, keeping a blacklist of businesses who didn’t serve her on her Facebook page. She also stated on her no-longer public Facebook page that she believed antifa and BLM were responsible for storming the Capitol building in Washington, D.C.

This wonderfully professional force, our Edmonton Police Service, will receive $383 million in funding from the residents of the city of Edmonton in 2021.