The COVID-19 pandemic is out of control in Alberta and it’s in our hospitals where the effects are being felt the most.

“We now need to double up beds in our limited spaces,” says a photo on Twitter depicting a University of Alberta Hospital ICU room being double-bunked—putting two beds in one room with two ventilators and external infusion pumps (IVs). “Because there is just NO room - other ICUs have either been pushed to the edge as well, or are just absolutely drowning.” 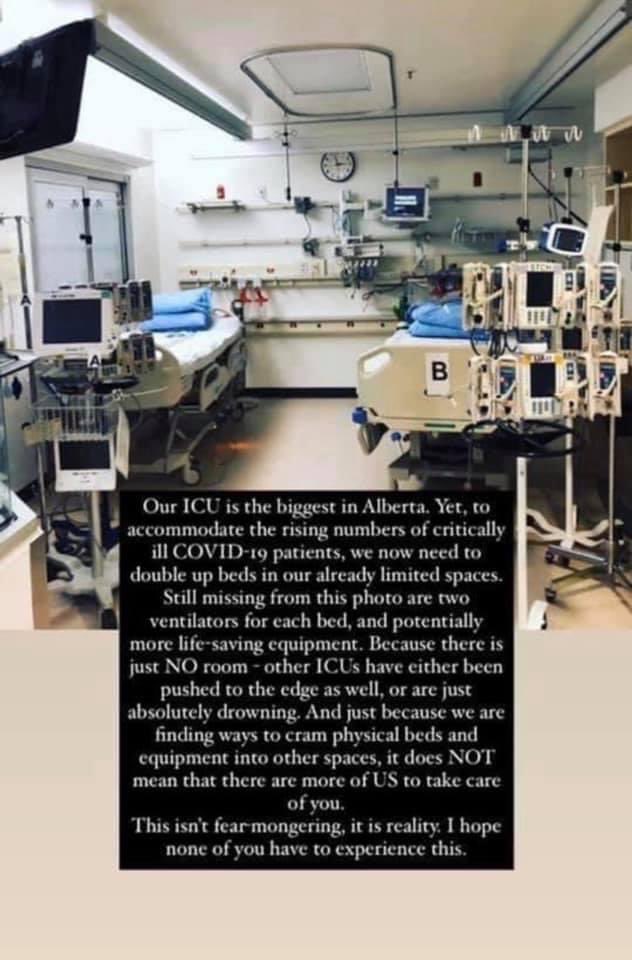 Like many licensed doctors, K was called in to work in an ICU unit and will soon have to train other healthcare colleagues who have never worked in an ICU.

“I already see tears in their eyes,” K says. “We have nurses here, shaking, because they did not sign up for this. I didn’t sign up for this. It’s only adding to the fear that’s already spreading through these floors. I worked in ICU units during the H1N1 pandemic in 2009 and that doesn’t even compare to what’s going on here. We were so much more prepared.”

As of December 1, there are 479 individuals being treated in Alberta hospitals for COVID-19, with 97 in intensive care units. Both numbers are all-time highs.

The province has recently announced 2,250 acute-care beds and 425 ICU “in the coming weeks” for patients with COVID-19. Which should be good news, but healthcare professionals are asking where the trained staff for these ICU beds are coming from.

“When we talk to frontline nurses and hear their stories, they're exhausted, they're overwhelmed and they're crying for help and saying that they're already digging deep,” says Danielle Larivee, first vice-president of the United Nurses for Alberta, the union that represents Alberta’s nurses.

“It never should have come to this and action should have been taken sooner. This ideological libertarian perspective that we should just let it all work itself out has not served itself well and the UCP has failed Albertans on this front.”

James Wood, Calgary zone director of media relations and issues management for Alberta Health Services (AHS) says that Calgary is not currently double bunking, but “it is part of the zone’s surge plan.”

“Double-bunking patients safely and appropriately allows us to increase ICU capacity, and ensure we can meet increasing demand on our ICUs,” he says. “We have the ability to safely cohort more than one COVID-19 positive patient in the same room, if space requires it. This was also the case pre-COVID,” he says. 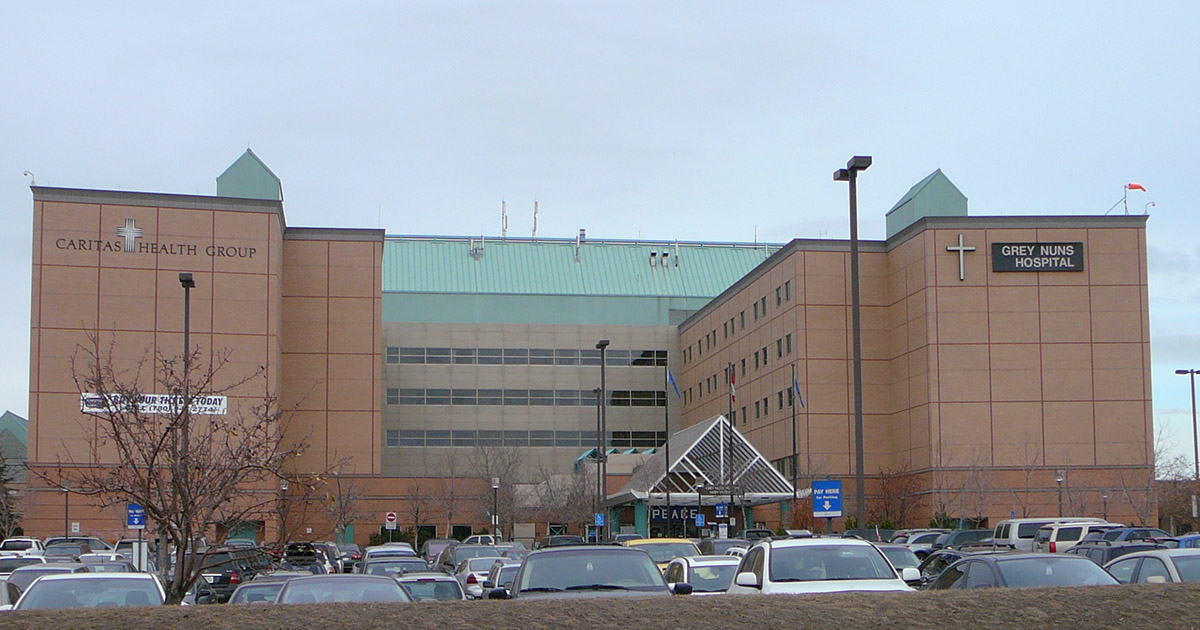 But echoing the feelings of the Twitter post, Larivee says resources—and more importantly, Alberta’s frontline healthcare workers—are already stretched thin. She says that while there is a set ratio for ICUs, i.e, the number of frontline workers available per patient and bed, that ratio is going to be altered, resulting in staff doing more than one job.

“They're going to push beyond that, which puts incredible stress on the staff who are already overwhelmed, but also means that the care isn't what would typically be expected,” she says. “They can pull staff from all over the healthcare system and redirect it, but we're talking about pulling in people to do work who haven't necessarily spent that time in the ICU. So it isn't the best option and it's not sustainable long-term.”

Stephan Boissonneault is a Canadian arts and science journalist, writer, and editor.