Edmonton city council officially killed the regional transit commission when it pulled out of the project during budget deliberations in December. And according to transit union president Steve Bradshaw, the cause of the commission’s death can be traced to February 2020 when Strathcona County, the second largest transit system in the region, pulled out. 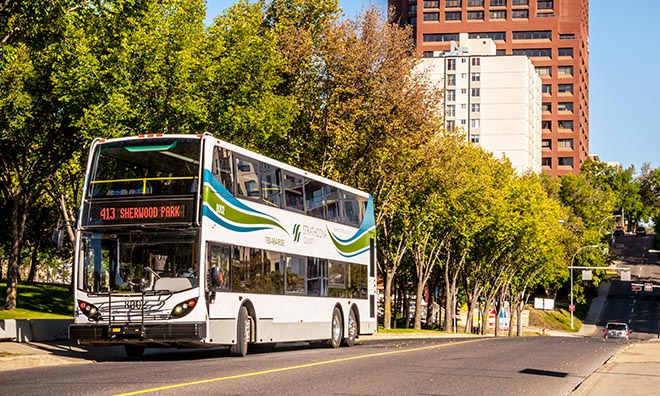 And it wasn’t just Strathcona County that pulled out: Morinville, Leduc County, Sturgeon County and Parkland County pulled out in the same year as well. That’s around 190,000 people, or around 14 per cent of the population of the Edmonton metropolitan area who wouldn’t have been a part of the regional transit commission.

When then city councillor Michael Walters, co-chair of the regional transit commission, told the CBC back in 2020 that the rejection wouldn’t kill the plan, He turned out to be wrong.

"They were always a bit skeptical of the value of letting go of some autonomy and control over a system that they're very proud of,” said Walters at the time of the unanimous decision of Strathcona County council to leave the commission. “So that's their right as elected representatives of that community to make that choice."

But that same courtesy from Walters to the councillors of Strathcona County did not apply to Edmonton city councillors when they made the logical decision to pull out of the Edmonton Metropolitan Transit Services Commission or EMTSC after costs ballooned and these regional partners pulled out. Walters’ wrote a histrionic column for Edify magazine and it has quite a disclaimer at the top of the article.

“(Michael Walters is a former Edmonton city councillor and is now a partner at Berlin Communications. EMTSC has been a Berlin client since mid-2021, before Walters joined the company.)”

To be more direct: Walters had a direct financial stake in the continued existence of the regional transit commission. The EMTSC spent $74,026 with Berlin in 2022 with $49,000 of that total going to government relations. Walters was a founding director of the EMTSC and was the representative of Edmonton city council on the commission until October 2021. He went from co-chairing EMTSC board meetings as an Edmonton city councillor to attending them as a paid contractor for Berlin.

Walters was also the co-chair of the EMTSC when it decided to hire Berlin back in spring of 2021. Walters announced he was retiring from politics and not running again in August 2021 and immediately joined Berlin after the conclusion of the Edmonton municipal election in November 2021.

Steven Sandor is the editor of Edify and he, unlike Walters, replied to questions. When I asked him if he was aware of the financial relationship between EMTSC and Walters he said yes.

“Putting a disclaimer at the top is something that is pretty rarely done in our business. Usually, they're buried at the bottom. I believed that it was important enough to identify Michael as a Berlin partner before the reader saw any word of his copy,” said Sandor.

And unprompted, Sandor followed up with this. “No, Berlin did not provide any financial consideration or promise of advertising. Michael is a paid contributor.”

“We didn’t have a lot of check-in points over the past year…those opportunities for the council reps to engage council as a whole were not happening as frequently as we would have liked,” said Knack.

I asked Knack if Walters can be a credible commentator on this issue given his financial relationship with the commission.

“I think you have to be thoughtful and recognize that everyone has bias. You have to acknowledge that. He was a prominent voice on council for this for years. Having that expertise and that experience is very important,” said Knack

“He had somewhat of a vested interest there and you have to understand that,” said Knack who added that he was just as comfortable hearing from Walters on this issue as he was with the transit union.

The most worrying part of Walters’ screed was his threat to bring in the minister of municipal affairs to attend to this matter. And it’s a legitimate threat. Walters did exactly this when another client of his, the Chinatown Business Association, wanted to increase the police budget. Walters went right over the head of city council and brought in justice minister Tyler Shandro who demanded a detailed public safety plan on short notice as well as a cadre of Calgary based UCP cabinet ministers who toured Chinatown for photo ops. The intimidation worked and Edmonton city council ended up increasing the Edmonton Police Service budget.

“This current provincial government has shown a willingness to take action without engagement. Look no further than the recent task force that was set up. We can’t ignore that reality,” said Knack.

Knack noted that most regional transit commissions exist by provincial fiat and are not voluntary affairs but also that the regional considerations here make the politics trickier.

“To insert yourself and suggest the region is not functioning well would run counter to what [the province has] said publicly over the years that’s why I’m not so concerned about them getting involved here. I think they understand the political realities of intervening in municipalities outside the city of Edmonton where the political races will be quite close and they will have to be mindful.”

Knack isn’t wrong, after Calgary the second most important electoral battleground in the province will be the Edmonton suburbs and bedroom communities. The NDP swept them in 2015 and the UCP nearly swept them in 2019. So while it makes sense for Walters to rattle his saber and threaten to bring in the UCP to install a regional transit commission by diktat the chances of that happening in the next 5 months before the next election seems unlikely.

While it makes sense to have a regional transit commission of some type this latest iteration failed miserably. It might make sense for the elected officials, executives and highly paid consultants responsible for stewarding the organization for so long to start with humility and to look deeply into the spilled milk to find the lessons they need.