Turmoil at the AIOC as CEO steps down, director involved in $25 million sexual harassment lawsuit

At 4 pm last Friday afternoon a press release went out, not on the Alberta Indigenous Opportunities Corporation website (AIOC) or through the Government of Alberta news alert email list but through a service called GlobeNewswire, that the CEO of the AIOC, Alicia Dubois, was stepping down. 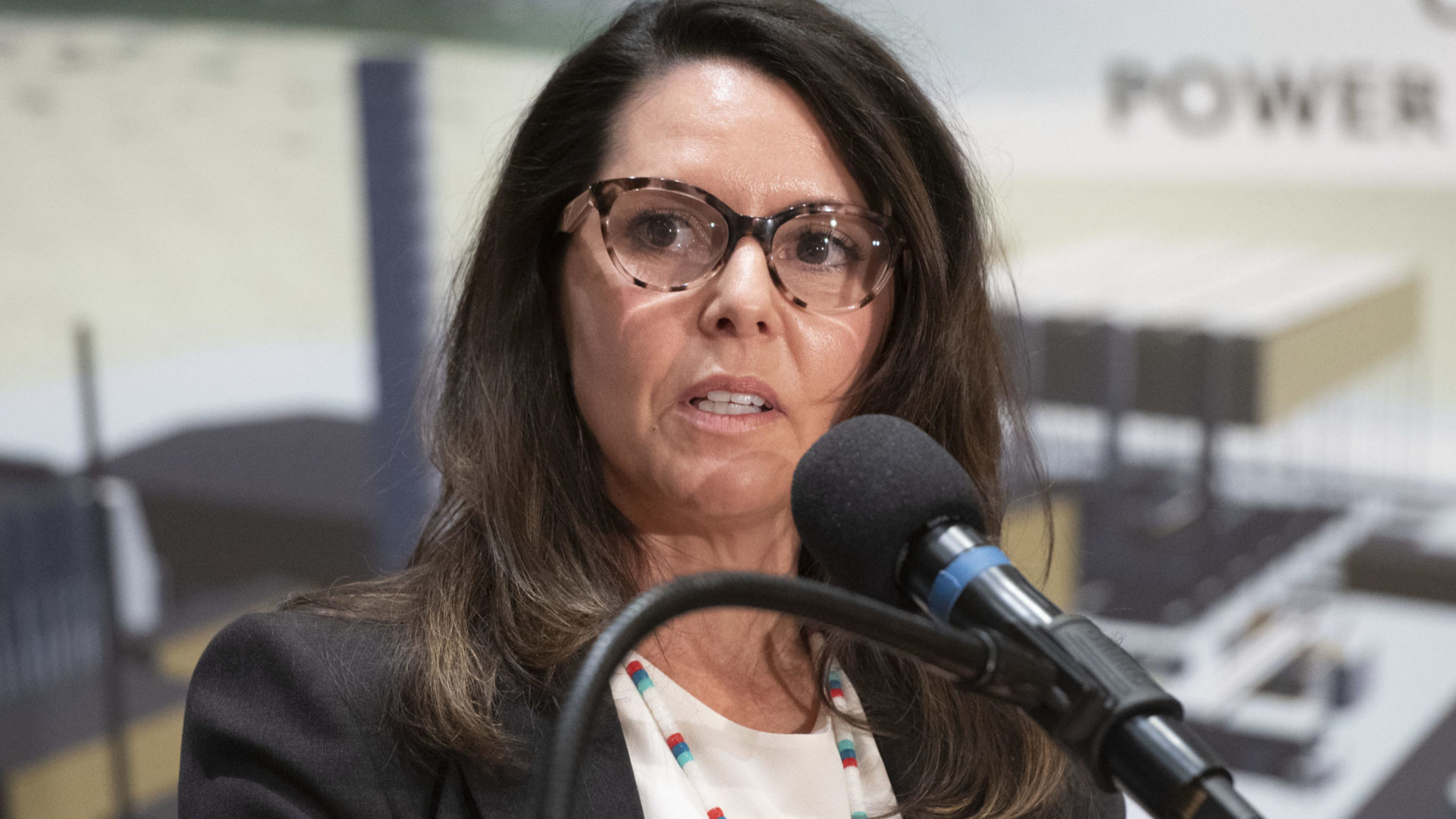 Alicia Dubois, former CEO of the AIOC. Image via AIOC.

Alicia Dubois was the organization’s very first CEO and was in the position for 14 months. The press release does not give any reason for why she is stepping away from the organization.

“I have dedicated my life to supporting Indigenous prosperity and the creation of an equitable economy. I am proud to have committed myself to standing up AIOC and positioning it strongly to continue to support Indigenous partnerships and economic growth as a first-of-its-kind model for all of Canada,” said Alicia Dubois.

AIOC’s chief operating officer Matthew Machielse will be serving as interim CEO as the AIOC looks for a new CEO. The AIOC is a provincial crown corporation which describes itself as a catalyst for Indigenous prosperity and independence through investment and involvement in Alberta’s natural resources sectors.

Jason Kenney has hailed the AIOC as a “game-changer” and said in a January 2020 release  that with the board in place the AIOC can now “fulfil its mandate to enfranchise Indigenous communities in Alberta, to lift their people from poverty to prosperity by becoming partners in the energy projects that have created so much wealth for our province.”

Strater Crowfoot, a director at the Alberta Indigenous Opportunities Corporation is also a key figure in a $25 million class action lawsuit filed in September where the two lead plaintiffs are Indigenous women alleging racism and sexual harassment. 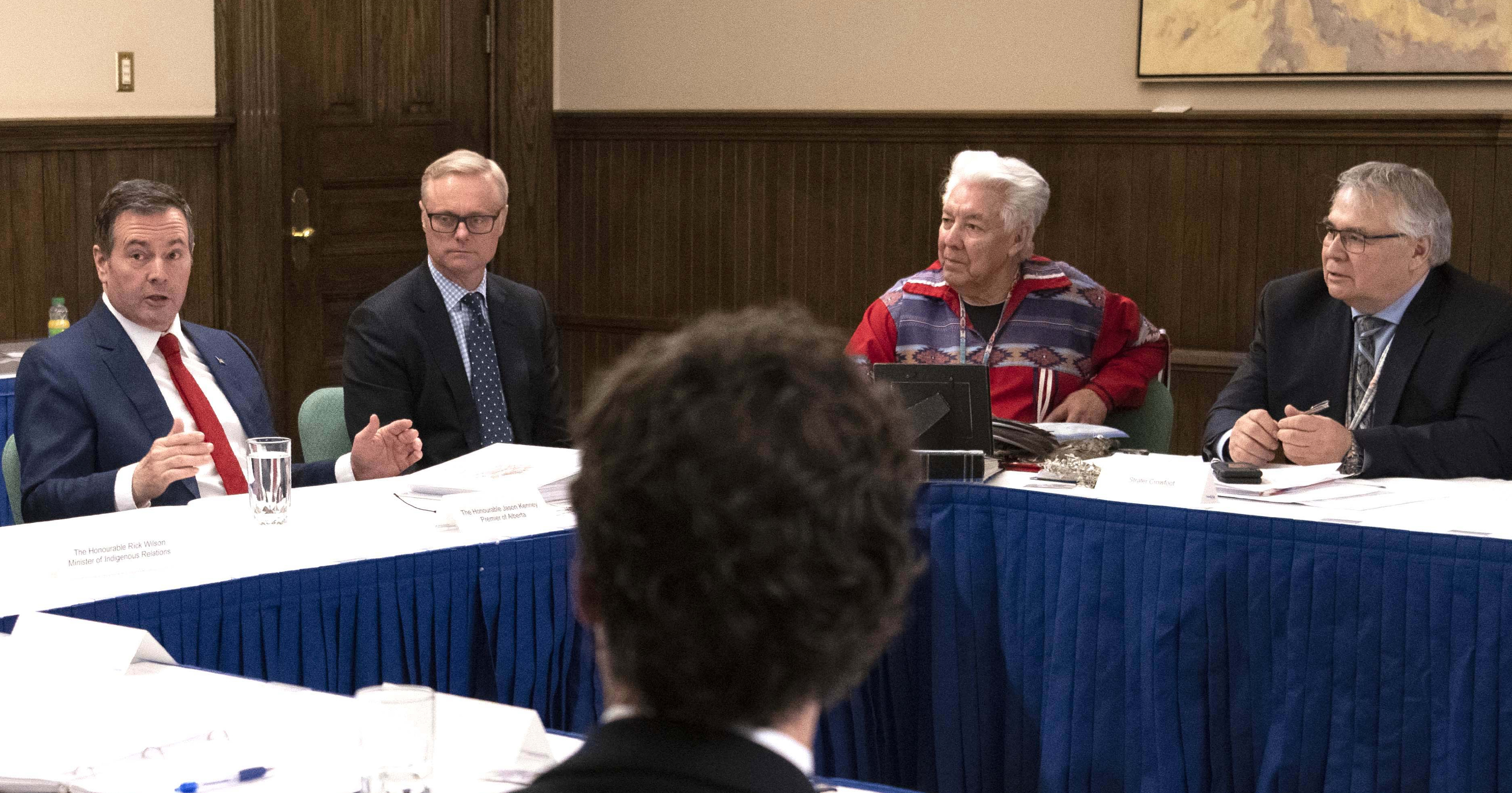 Premier Jason Kenney, AIOC board chair Cody Church, AOIC board elder advisor Gilman Cardinal, and AIOC board member Strater Crowfoot at the inaugural board meeting of the AIOC. Image via Government of Alberta.

A statement of defense has not been filed and none of the allegations have been proven in court.

In the statement of claim Letitia Wells, one of the lead plaintiffs and a former worker at Indian Oil and Gas Canada (IOGC), alleges that she was denied promotions because she resisted sexual advancements from her boss, Strater Crowfoot, the CEO of IOGC and a board member of the AIOC. IOGC manages and regulates resources on First Nations lands and is an agency under Indigenous Services Canada.

At the time Wells was a single mother of two working 30 hours a week at IOGC while a full-time student at the University of Calgary. She started working with IOGC in 2015 and by the time she quit in 2020 was working as a land analyst.

In 2020, Wells, who is a domestic violence survivor, was grabbed by her supervisor who tried to drag her by her arm into a board room. When she was grabbed she was sobbing with her head down at her desk.

Letitia also says in her statement of claim that she felt unsafe at work, that her supervisors were a danger to her and that she experienced substance abuse and suicidal thoughts due to the stress of working at her job.

"Letitia has frequently had her intelligence questioned, and believes she was targeted as an Aboriginal woman," says the statement of claim.

According to the CBC more than two dozen Indigenous employees have signed up for the proposed class action lawsuit. This APTN report also does an excellent job of reporting on what people experienced at the IOGC from the point of view of the victims.

The AIOC, IOGC, Alicia Dubois and Strater Crowfoot did not provide any comment. The Indigenous Relations ministry at the Government of Alberta referred us to the Globe Newswire press release. Strater Crowfoot is still listed as a board member of the AIOC on the organization’s website.

The class action lawsuit is not yet certified. Certification is a procedural test where the plaintiffs must convince a judge it’s appropriate for their case to move forward as a group rather than in individual form.