On August 19 Larry Kaumeyer, Jason Kenney’s principal secretary and interim chief of staff, announced he was stepping down from his position to become the CEO of Ducks Unlimited Canada, an environmental NGO that received $429 million in foreign funding between 2003 and 2019. Ducks Unlimited is in Steve Allan’s inquiry list of anti-Alberta NGOs—but curiously, they’re one of the few organizations whose name was redacted out of the inquiry’s draft report.

In a statement on the Ducks Unlimited Canada website Kaumeyer said, “I’ve been an avid supporter of Ducks Unlimited Canada my entire life. It’s an honour to be joining a team that delivers such a meaningful and tangible impact on the landscape,” says Kaumeyer. “I look forward to building on this record of success.

Before Kaumeyer became a high-level conservative political staffer he was an executive with several Alberta based companies. He was also in attendance at the now famous Sky Palace dinner for which Jason Kenney had to apologize and he also appears to be an enthusiastic duck hunter. 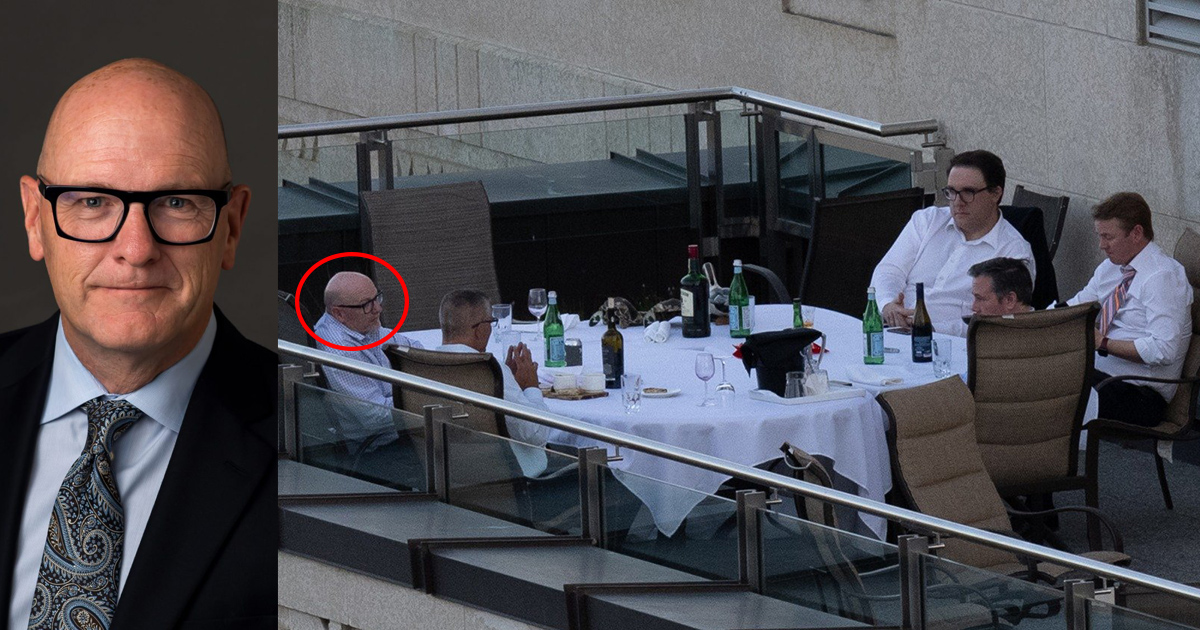 The reason we know that Ducks Unlimited Canada has received $429 million in foreign funding is thanks to a draft version of the final report of the Allan Inquiry, otherwise known as Alberta’s public inquiry into so-called “anti-Alberta energy campaigns.”

The Allan Inquiry commissioned research by accountancy firm Deloitte that purports to document 31 separate environmental organizations and the amounts of foreign funding that they have received. However, the report goes easy on certain specific organizations for reasons that are unclear. Allan attempted to obfuscate and redact the name of Ducks Unlimited and several other conservation organizations by saying that they’re not a part of anti-Alberta energy campaigns. However due to a formatting error the names of the redacted organizations were easily discoverable within the leaked draft.

The public inquiry, which is being helmed by forensic accountant and UCP donor Steve Allan, has been harshly criticized as being a “buffoonishly sinister attempt to silence and intimidate [environmental groups].” The public inquiry did not hold public hearings, evidence and who was interviewed has not been made public, there were very short timelines to respond to accusations made by the inquiry and the terms of reference changed twice.

“This inquiry is not about foreign funding. It’s an attack on organizations that are organizing against oil and gas development,” says Martin Olszynski, a law professor at the University of Calgary.

Tim Gray was a program director with the Ivey Foundation between 2005 and 2013. Ivey is a Canadian foundation that was providing funding to various boreal conservation efforts alongside American foundations. Gray described Ducks Unlimited Canada’s role as “central” in that campaign.

“Ducks Unlimited did a bunch of work directly on the boreal campaign, specifically on wetlands. A lot of conservation science, mapping, GIS. That was fed into the data layers that were developed around conservation science to identify high priority targets for protection across the boreal,” said Gray.

Sandy Garossino is a journalist who has been covering the Allan Inquiry since its founding and has been one of its most prominent critics.

“It’s hard for me to fathom that this is a mere mistake. My sense is that a lot of this report is actually quite sloppy,” says Garossino.

That’s the definition that Allan applied in order to declare that many environmental NGOs, even though they did not actively campaign against fossil fuel extraction in Alberta, were anti-Alberta energy campaigners. Yet strangely Ducks Unlimited Canada, which was a key participant in the “Boreal Forest Program” that Allan has declared an anti-Alberta energy campaign, and which received vastly more foreign funding than many of the other groups that the inquiry has singled out, was excluded from the designation.

“The language is very imprecise and vague throughout all of this. I suspect this area may have been contentious. This is just my gut but I feel that there was political pressure and interference put on by the commissioner to make findings. That’s the only explanation I can think of,” says Garossino.