In at least two cases former Calgary police officers have investigated serious incidents involving members of the same police force for the Alberta Serious Incident Response Team or ASIRT. In both cases ASIRT did not recommend charges.

According to University of Alberta criminology professor Temitope Oriola, “This ought to be avoided at all costs.”

“There is a lot that is wrong with officers from a service where an individual is being investigated being in charge of the investigation. Both in terms of the substance and the appearance. It is just plain wrong. There is no sugar-coating that.”

The primary investigator on the ASIRT investigation into an alleged police brutality incident involving Todd Girbav and two Calgary Police Service constables in 2009 was Len Minello. He was a Calgary Police detective at the time the incident actually happened. According to his LinkedIn account Minello joined ASIRT as an investigator in 2012. 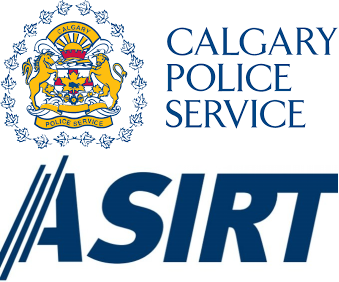 During Girbav’s trial for impaired driving that took place in 2011 the judge threw out the case against him finding that the the two constables that arrested him were not credible and that the excessive force used against Girbav violated his Charter rights.

The ASIRT investigation, released more than 12 years after the initial incident, found a witness that backed up the constables’ version of events and completely exonerated the two constables. The ASIRT report concluded that the independent witness was objective, credible, and corroborated the testimony of the two cops.

“There is no longer reason to believe that Cst. McGregor or Cst. Johnston (or really any CPS officers that day) engaged in an assault or, more importantly, to believe that they lied under oath,” says the ASIRT report.

Len Minello was the investigator for the Heffernan case and Gary Creasser was the ASIRT team commander as well. Heffernan had stayed past his checkout time and there were reports of him acting strangely and the hotel staff had called in police to deal with the problem. Five CPS officers knocked down his door where the police found a man they described as agitated, hyperventilating and in medical distress.

According to the ASIRT report Heffernan either moved towards or lunged towards the officers and it was at that point the police shot at him six times, hitting him with four bullets. While the police claim he had a syringe in his hand the Heffernan family has told the media it was a small diabetic needle without a tip. The whole incident lasted 72 seconds.

ASIRT has no formal policy against former police officers investigating police officers from their old jobs. This lack of policy contrasts with the Special Investigations Unit in Ontario, where there’s actually a law that specifically forbids this:

At the Independent Investigations Office the investigators are a mix of civilians and former cops; at ASIRT every single investigator is a former police officer according to Michael Ewenson, the acting executive director of ASIRT.

“ASIRT does not have any formal written policy on how our investigative teams are deployed,” said Ewenson, in an emailed response to the Progress Report. ASIRT considers it best practice to not have seconded members of a police force as the primary investigators on a file relating to their home agency.

“ASIRT does draw a distinction between seconded members who are working at ASIRT on a temporary basis, and investigators at ASIRT who have retired from other police agencies. In the latter situation they are no longer attached to their original police force, they are Government of Alberta employees,” said Ewenson.

“Capacity and workload concerns always have the potential to affect the personnel that ASIRT deploys to an investigation.”