Until we asked for it, the salary of Edmonton’s chief of police was a secret. Let me tell you the ridiculous story of what it took just to find out about Chief Dale McFee’s luxurious $340,000-a-year salary.

It started with a simple media request back in March: could you please tell us how much the chief is paid? But while every other major Canadian city discloses the compensation for their chiefs of police, the Edmonton Police Commission thought that’s a number you shouldn’t see. We went back and forth interminably. I pointed out the obvious—if the Progress Report files a freedom of information request, you’ll have to hand this over anyway. Why waste everyone’s time?

No, go ahead, waste that time, the commission replied. So we filed a freedom of information request (also known as a FOIP) on March 29. In retrospect I can see why the commission wanted a little time to prepare. The day that we got the information back from that FOIP, the commission had their own misleading press release ready to go. 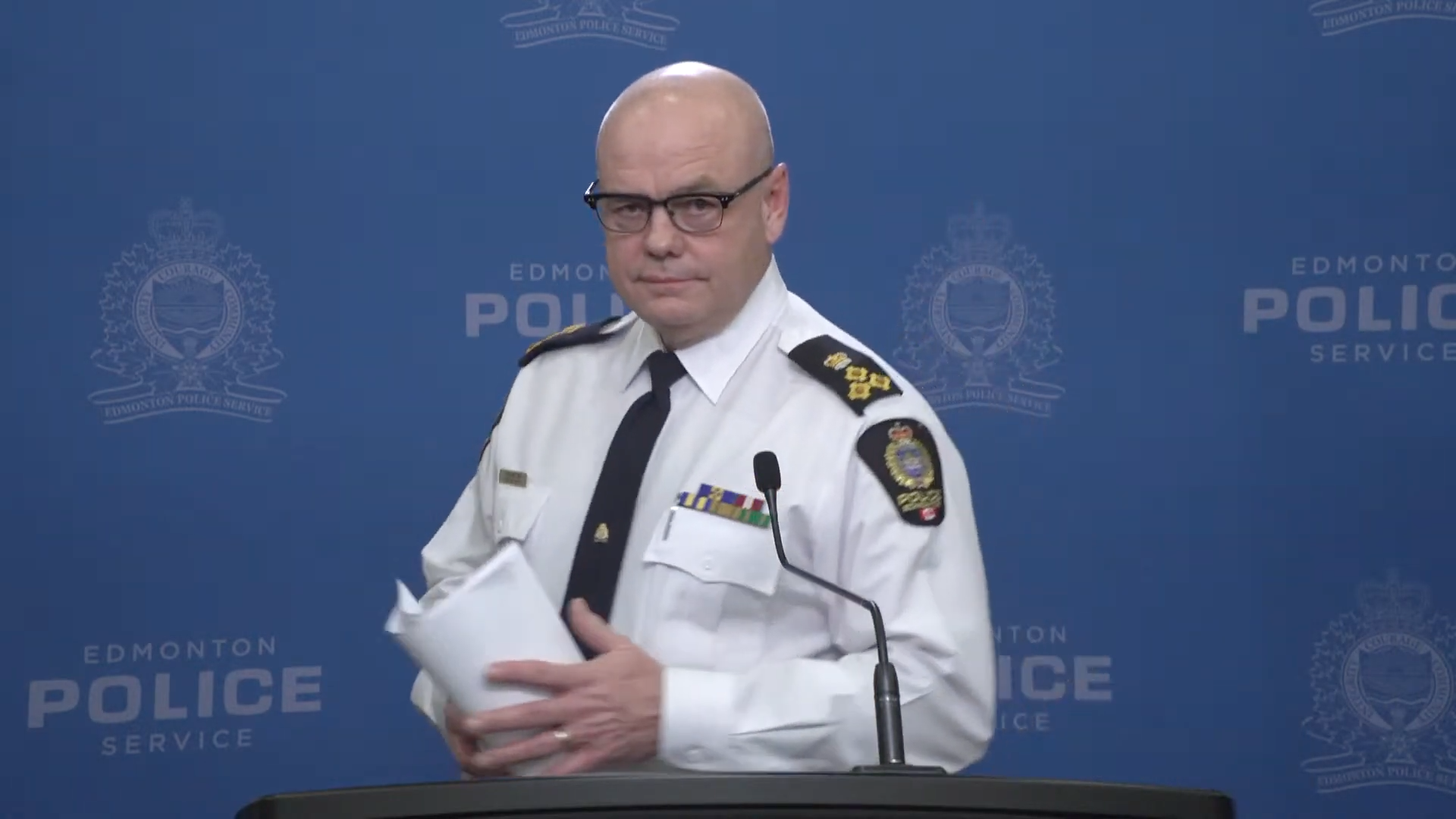 Why did I want to know the chief’s salary? I’ll admit a bit of it was personal. The idea came after the chief arbitrarily revoked my media access, barred me from attending police press conferences, took me off the media list and stopped the media relations unit from answering my questions. EPS still hasn’t explained why they did it, and their ‘review’ of our credentials doesn’t seem to be going anywhere.

The chief of police gets paid the big bucks and one of his job duties is to take questions from the media. Every once in a while a member of the media might ask a question in a way that Chief Dale McFee doesn’t like. That’s the job. And so I got to wondering: if the chief is going to throw a tantrum and ice out any journalist who asks them a tough question, then how much are we even paying this guy?

Now we know. And it’s actually on the high end of the range of police chief salaries in Canada.

The Edmonton Police Commission tried to get ahead of the story and spin the chief’s salary in a positive light by putting out a release that included a handpicked list of other police chief salaries. But you probably won’t be shocked to learn that the Edmonton Police Commission misrepresented just how much Chief McFee gets paid compared to his peers.

The commission’s release states that the Toronto Police Chief gets paid $356,000 per year. The Ontario sunshine list states that Toronto’s chief of police got an annual salary of $332,024 in 2021. Yes, Edmonton’s chief of police gets paid more than Toronto’s. We reached out to the commission to understand where they got their salary figure from but they haven’t responded.

In fact with Chief Peter Sloly resigning due to his police force’s shambolic handling of the convoy this past winter in Ottawa it seems likely that Chief McFee is the second highest paid municipal police chief in all of Canada, second only to Vancouver’s police chief, Adam Palmer, who was paid $378,368 in 2021.

The Calgary Police Commission tried to be cagey about their chief’s salary too, giving us only a salary range and citing ‘privacy concerns.’ But even then Chief Mark Neufeld only makes between $244,677 to $295,250 a year, well behind McFee. While I currently have a freedom of information request in there on this matter I would urge them to follow the lead of the Edmonton Police Commission and every other major Canadian city and disclose the salary of their chief. (Maybe skip the spin in the press release, though.)

The beleaguered writers at Alberta’s corporate media outlets got snookered by the commission’s press release, and used the incorrect salary of the Toronto police chief and the older, higher 2020 salary figure for the Ottawa police chief provided by the commission. They also didn’t dig up the salaries of other comparable Canadian police chiefs. I guess it’s no surprise that EPS prefer to talk to those reporters, and not us.

The Edmonton Police Commission spun like hell to make it look like Chief McFee is just a regular old police chief making a regular old police salary. He’s not. Dale McFee is very well paid relative to his peers. And so’s the whole department. With the exception of the RCMP, who aren’t really comparable to municipal police, the Edmonton Police Service are the highest-paid cops in Alberta.

81 per cent of Edmonton’s police budget goes to its unusually high salaries. That’s money the city desperately needs to invest in measures that actually keep people safe. Sooner or later, the force is going to have to take a haircut. Even the chief.