The Edmonton Chamber of Commerce—an advocacy organization that lobbies for the interests of ‘the business community’—owns over 11 million dollars of property in the heart of downtown Edmonton, profits from renting it out, and yet is exempt from paying taxes on most of it thanks to a loophole meant to support community organizations. In 2022 alone, the lobbying group will dodge taxes totalling nearly $150,000. 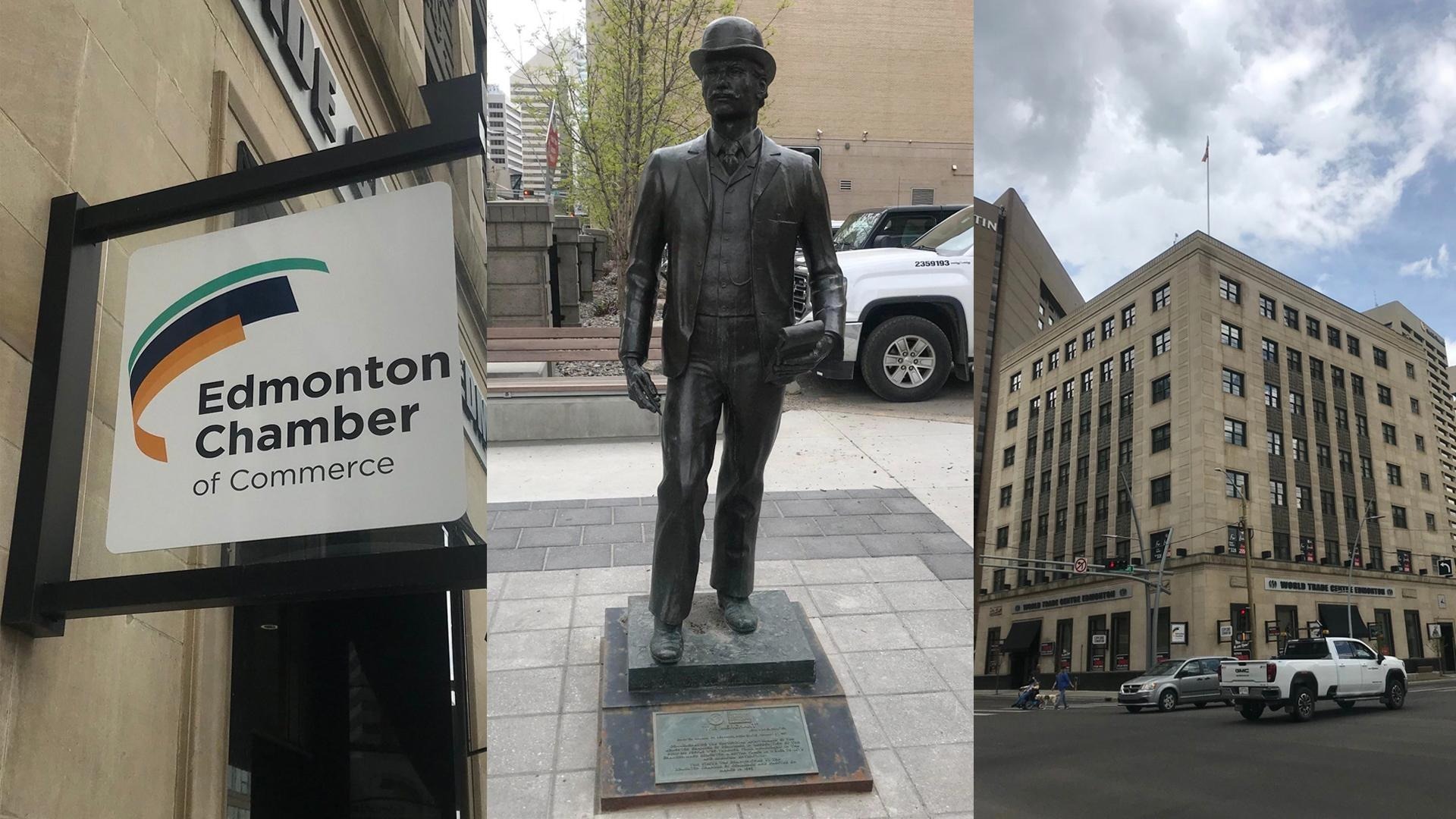 The city of Edmonton’s own assessments value the chamber’s land holdings at $11.3 million. According to a city of Edmonton spokesperson, the World Trade Centre, valued at just over $7 million, is only 18 per cent taxable with 82 per cent of the property qualifying for the exemption.

The parking lots owned by the Chamber are 97 per cent taxable with just a handful of parking spaces reserved and exempted for the Chamber and the associated non-profit lease. The Chamber qualifies for a property tax exemption under the Community Organization Property Tax Exemption Regulation under the heading “daycares, museums and other facilities.”

“We are a not-for-profit, we work within the guidelines,” said president and CEO of the Chamber of Commerce, Jeffrey Sundquist in a scrum after the State of the City address on May 5. The Chamber did not respond to further inquiries.

Mayor Sohi’s spokesperson said in an emailed statement that, “the Province sets the rules for exemptions and the City is required to follow them. We do not have the historical context as to why the Chamber of Commerce is exempt. This would be a question for the Government of Alberta. You are correct that property tax exemptions result in a burden shift to the remaining tax base. This is why tax exemptions should always be carefully considered.”

In order to get the property tax exemption a qualifying organization must fill out a two-page form and on that form they must disclose how much square footage is currently occupied by the organization or other non-profits.

"As city council we are facing a very challenging budget, a doubling of the population of unhoused neighbours, and over 55,000 children in poverty in our city. We need to make sure that every single dollar we spend delivers the maximal return on investment whether they are spent on airplanes or executive salaries or tax exemptions for corporate advocates,” said Councilor Michael Janz.

“Property tax exemptions are forgone revenue and should not be exempted from this process."

Perversely, this tax break from the city frees up more funds for the Chamber to lobby for even more tax breaks for their members. In April 2020 the business lobby group cheered on the lowering of property taxes for businesses by two per cent. In May 2020 the chamber co-signed a letter with the Calgary Chamber of Commerce where they called for an overhaul of the property tax assessment system. In 2021 the then president of the Edmonton Chamber of Commerce gave an interview to Prosperity Edmonton, a pro-business lobbying supergroup of which the chamber is a part, talking about why Edmonton needs to avoid spending and tax increases.

“Most non-profits don’t own property. They rent and they spend all of their money helping the people they advocate for. If you’re wealthy enough to own property you’re wealthy enough to pay property taxes,” said Greg Mady, the president of the Edmonton and District Labour Council, a group that advocates for local trade unions. The Edmonton and District Labour Council does not qualify for a property tax exemption.