Marshall Smith, the chief of staff to Associate Minister of Mental Health and Addictions Jason Luan and a key architect of the “Alberta Model” of abstinence-only addictions treatment, reportedly forced people in recovery to phone bank for his political candidate of choice in one of his previous roles.

Smith, who said in a 2015 interview that he believes “there is a certain shroud of stigma that needs to remain around addiction,” is a former B.C. Liberal staffer who was twice caught selling cocaine and methamphetamine to fuel his own addiction in 2004. After a stint in rehab, he became an evangelist for the private recovery industry. 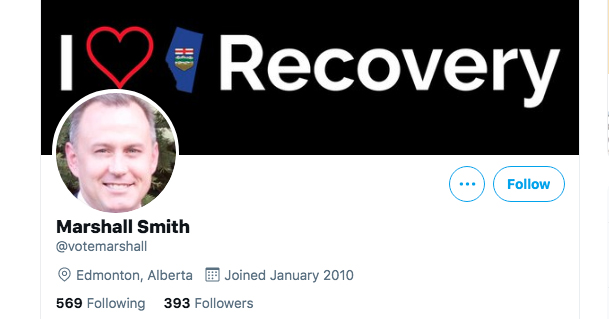 His first role after getting out of rehab in 2007 was at Baldy Hughes Therapeutic Community and Farm. According to reporting from Glacier Media, it was here that Smith had patients campaigning for his B.C. Liberal leadership candidate of choice in 2011, Kevin Falcon, pushing them to cold call party members to elicit their support for the ultimately unsuccessful campaign.

The patients had no choice in the matter, as many of them were assigned there by the courts, according to one confidential source who spoke to Glacier.

"Kevin Falcon visited at one point,” the source said. “He was introduced as the next leader of the party. Right after Kevin Falcon lost, Marshall Smith was taken out of his position."

Smith made no secret of his support for Falcon in the leadership race, tweeting two weeks before the vote, “Northern BC phone banks running like a HOT furnace. @KevinFalcon has the fastest growth by far. #leadbcl.”

Another confidential source told Glacier that patients were shamed into participating in Smith’s electioneering.

“(If) they said ‘no.’ Marshall gave them grief,” the source said. “Marshall would explain why Falcon should be the next leader. It was a very political environment.”

Mayencourt, who admits he brought a summer legislative intern to work at Baldy Hughes in 2008, says he had no idea Smith was forcing patients to cold call members of his own party. However, he acknowledged residents did volunteer on the campaign of B.C. Liberal MLA Shirley Bond, which Mayencourt insists was done completely voluntarily.

“Bond was a champion for Baldy Hughes and our clients, and clients wanted to help her be re-elected,” said Mayencourt.

This was also Smith’s defence—that to the extent patients participated in politicking, it was done of their own volition.

“We decided ... we would have no problem with them spending a little bit of volunteering to see what the process was like and to exercise their instruments of citizenship,” he said, specifically denying their labour was used for leadership campaigns.

Political engagement was pitched to patients as a form of volunteer work as early as 2009, although they were able to campaign for their candidate of choice, says Mark Harris, a former Baldy Hughes patient.

“We were going to be contributing members of society again,” explained Harris.

To that effect, he said patients were also forced to do free labour at a variety of retailers, including Rona, Art Knapp Garden Centre and Canadian Tire.

Smith said this unpaid labour was part of Baldy Hughes’s Building Futures program, which sought to provide clients with work experience and is common in the industry.

“We didn’t have the resources to do sort of onsite work experience programs,” he said. “A lot of the time, those companies would wind up hiring them when they left treatment.”

In 2015, Baldy Hughes received a $1 million grant from the B.C. Liberal government to open 20 beds, 13 of which had already been filled by the time of the announcement. By then, Smith had moved on to work at another recovery centre, Cedars Cobble Hill.

What does this mean for Alberta?

Little is known about who these contracts will go to, and whether they will be publicly or privately operated, but given Smith’s history in B.C. and Alberta, there’s legitimate concern that these will go to politically-connected private operators.

As the Progress Report previously revealed, the UCP government’s addictions and mental health advisory panel—which is co-chaired by Mustard Seed Ministry founder Pat Nixon, the father of UCP MLAs Jason and Jeremy—has three representatives of the private recovery industry sitting on it.

Those panelists are Poundmaker’s Lodge executive director Brad Cardinal, Fresh Start Recovery Centre executive director Stacey Pederson, and Andy Crooks, a lawyer and founding director of Simon House, who was also a director with the Canadian Taxpayers Federation while Jason Kenney was its CEO.

Two of the three have received government money for beds at their facilities.

Fresh Start, which is for men only, received $1.56 million to create 294 additional beds over three years, while Poundmakers received $1.4 million to fund 35 spaces at its Iskwew Healing Lodge.

Government news releases announcing the funding quoted Pederson and Cardinal expressing support for the government’s strategy without disclosing they are part of the government’s advisory panel.

The associate ministry did not respond to a request for comment from Smith.