A quarter of Edmonton’s homicides this year have been people shot dead by police. Do the EPS really need $3.8 million worth of weapons?

Edmonton Police are relying more and more on their guns, a report filed with the police commission shows. In 2021 Edmonton police pointed a gun at a civilian 337 times, a 39 percent jump from 2020. Even incidents when an officer just pulls their gun out of its holster and holds it a “low ready” position, were up by more than a third.

Of the 16 homicides this year in Edmonton four of them, 25 per cent, are people who have been shot dead by Edmonton Police officers, including an uninvolved bystander in their apartment.

A freedom of information request that was received in January 2022 shows that the Edmonton Police Service (EPS) owns $3.8 million worth of weaponry including carbines, pistols, shotguns, submachine guns, tasers, rifles, and riot guns. For the 1881 sworn officers in Edmonton the EPS has 2,750 pistols, 512 carbines, 490 tasers and other assorted weapons. This is on top of two armoured vehicles, two helicopters, a $4.3 million plane that will be arriving in the fall,  and a drone fleet. 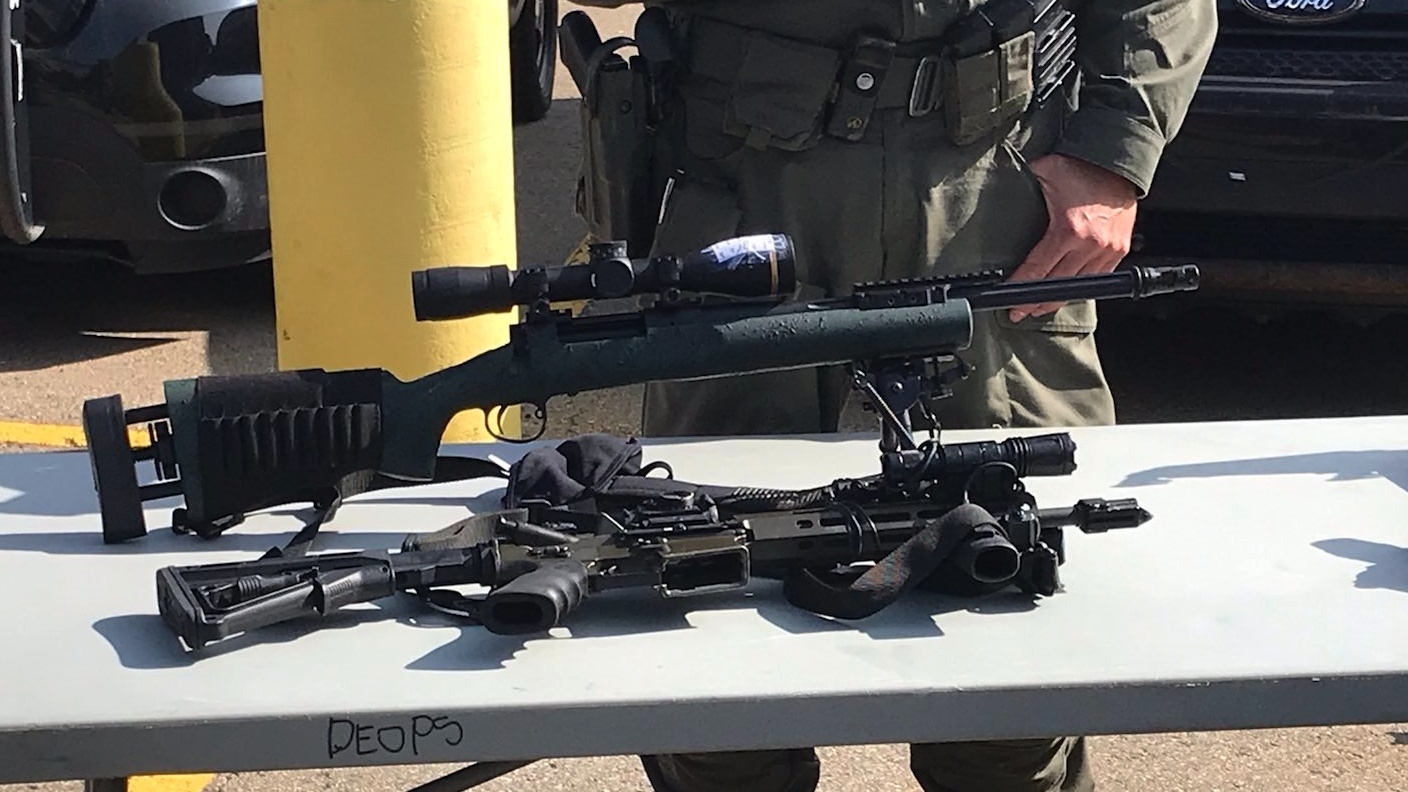 A member of the EPS Tactical Unit displays various police weapons at a press conference on September 17, 2020. Photo by Duncan Kinney.

According to University of Alberta criminology professor Temitope Oriola that kind of arsenal is more suited to a country in a civil war than Canada.

“We don’t need that level of weaponry. With all due respect to the units responsible for those purchases that does seem like a misplacement of priorities. Those resources could be used in other areas.”

Oriola is also concerned by rising numbers when it comes to policing pulling out their weapons.

“It shows an increased tendency of a performative display of the service weapon in order to gain compliance. That’s no guarantee to get law and order. Policing generally needs a level of force but it doesn't have to be lethal force or the threat of lethal force,” said Oriola.

“All Edmontonians should be concerned about this growing trend of police bringing out and displaying weapons.”

Do these rising numbers when it comes to pulling out weapons help us understand why Edmonton Police are responsible for a quarter of the homicides in Edmonton this year?

“They give us an inkling at the minimum of why we’re seeing the numbers we’re seeing. As of this moment the EPS has taken the most civilian lives of any police force in Canada,” said Oriola.

If you want fewer people to die violently at the hands of the police there is a simple and elegant solution that is employed in the United Kingdom, Ireland, Norway, Iceland and New Zealand: only give police firearms in special circumstances.

Disarming the police is the most direct and simple way to prevent civilian deaths at the hands of police.

CBC has analyzed data on every civilian death at the hands of police between 2000 and 2017.  What they found was that out of 461 deaths, 71.4% were gunshot deaths. A grossly disproportionate number of those lives lost belonged to Black and Indigenous people.

Policing without guns isn’t a new idea. England is a classic case study for how a disarmed police force can operate. In England and Wales, with populations totalling 60 million, less than 5 percent of police officers carry a gun. For a two year stretch from 2012 to 2014 zero people died at the hands of police in the UK. Between 2009 and 2016 police in England and Wales only discharged their firearms an average of 5 times a year.

Police in the UK still have forces to handle threats that require guns, like terrorist attacks, but the majority of officers are still without guns today as crime in the UK—just as in Canada— continues on a historic downward trend.

Despite the popularity of the defund the police movement, the budgets of police departments in Alberta continue going up.. Disarming the police could free up substantial dollars for efforts that would actually address poverty and the housing crisis.

If Edmonton had held on to the $3.8 million the Edmonton Police spent on weaponry, the $4.3 million they’re spending on a plane, and the $500k they spent on a new armored vehicle in 2020, today the city would have $8.6 million to spend on permanent supportive housing for Edmonton’s unhoused population that money might actually do some good.

Oriola, however, is skeptical that the political will currently exists to disarm the police. He thinks that given the recent gun seizures and gun crime we’ve seen in Edmonton that it would be very unlikely.

But there are plenty of opportunities for easy first steps. Few would argue that police need to be armed with guns to direct traffic, or to staff a desk at a police station, or to work as a school resource officer.

According to Chief Dale McFee back in 2020. 30 per cent of his officers’ workload was dealing with mental health, addictions and other social issues. The city has yet to build out a civilian led, new institution to take on those calls instead of the police. Until it does, those calls are being taken by one of the most heavily-armed and statistically violent police forces in Canada, and people here will continue to be one officer’s moment of anger or fear away from becoming part of that statistic themselves.